A Trip Report for a quick hike up the Arrowsmith CPR Trail.**

I had planned to do a quick ski tour up Mount Becher but my new skins weren’t in yet at the store.

So I had some time, my hiking boots and an itch to get outside.I eventually settled on the Arrowsmith CPR Trail up Mount Cokely for a good lung buster of a hike and to see where the snowline was at. It’s a bit confusing that it’s called the Arrowsmith CPR Regional Trail when it goes up Mount Cokely but it’s close enough I guess? If you want a massive day hike, go to the top of Arrowsmith using the CPR Trail. Start early! 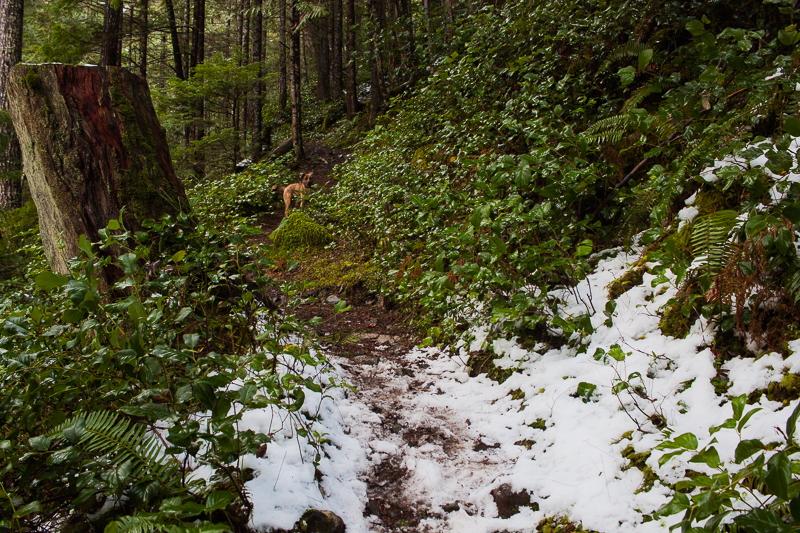 Della and the snow

The snow starts below 400m with plenty in the streams for great waterfalls to take photos of. Della was having a great time in the snow, still having the traction of the dirt. A light dusting on the hills. It snowed for about 45 minutes while we were hiking through the trees. Near 700 metres where we turned around there was a good 30 cms in many places. 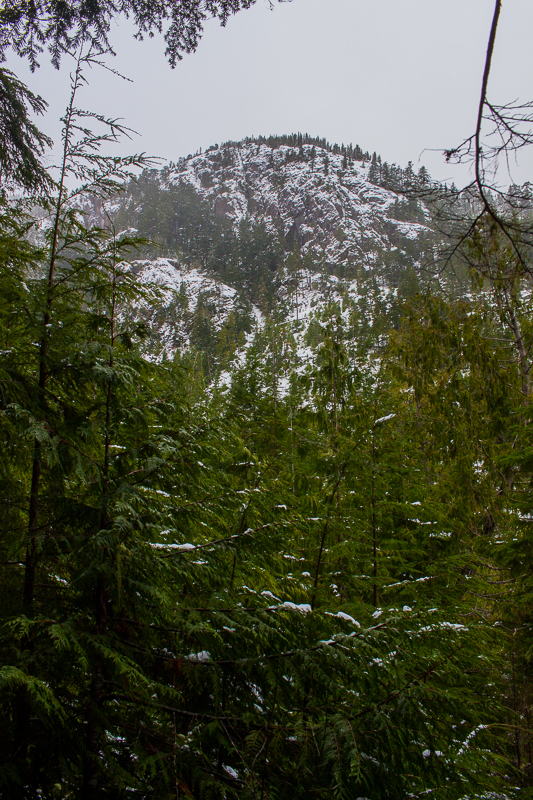 Snow on the hills 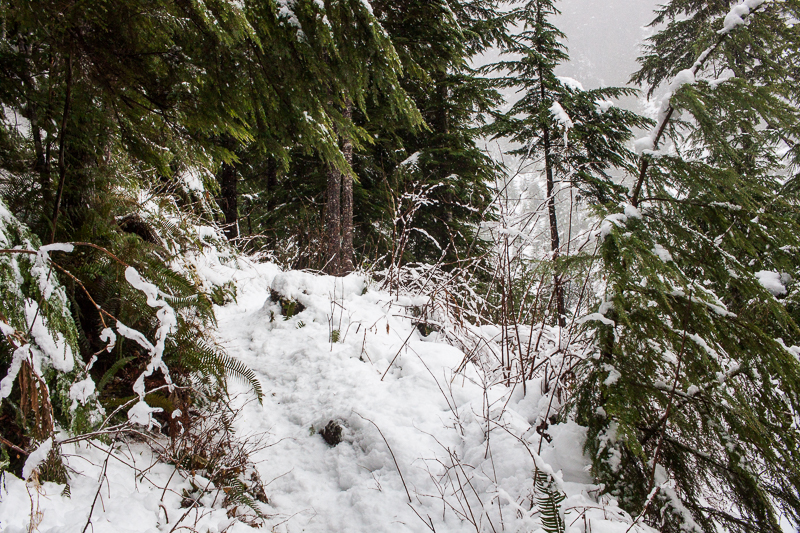 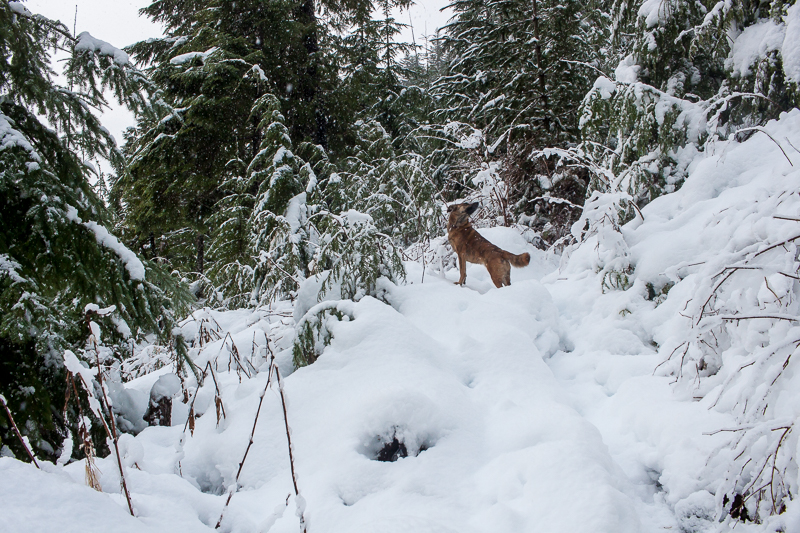 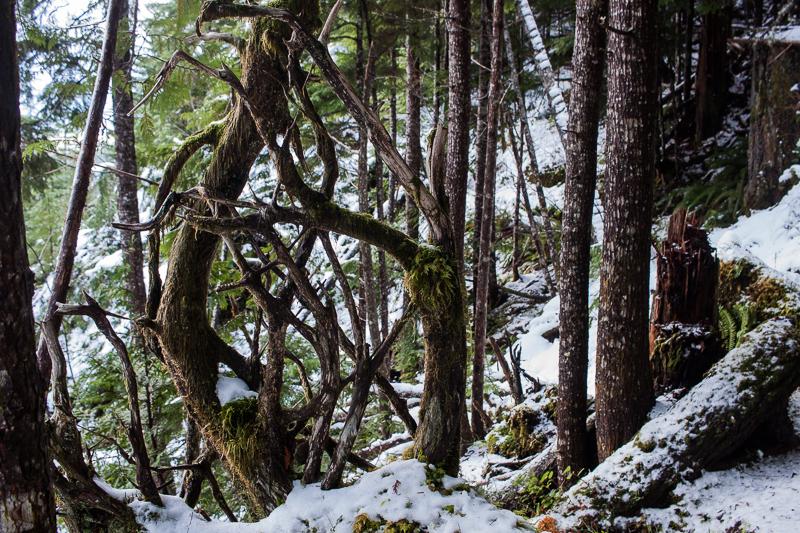 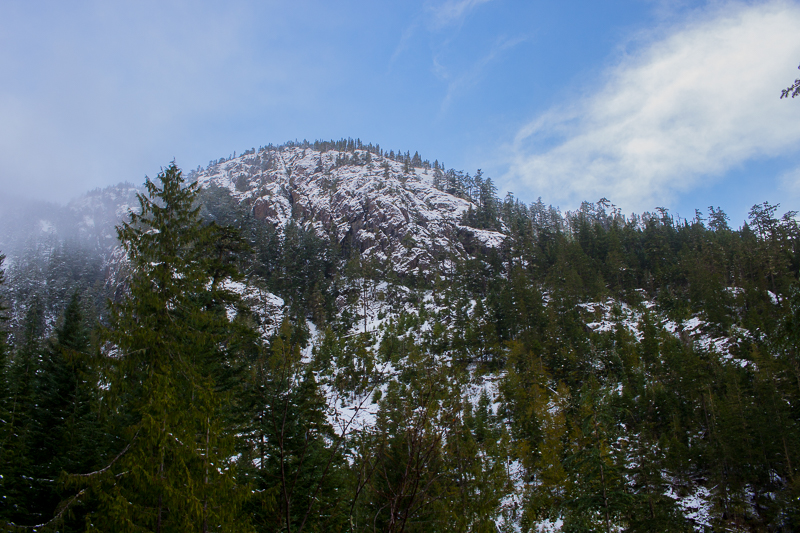 The sun coming out as we headed back down to the car. 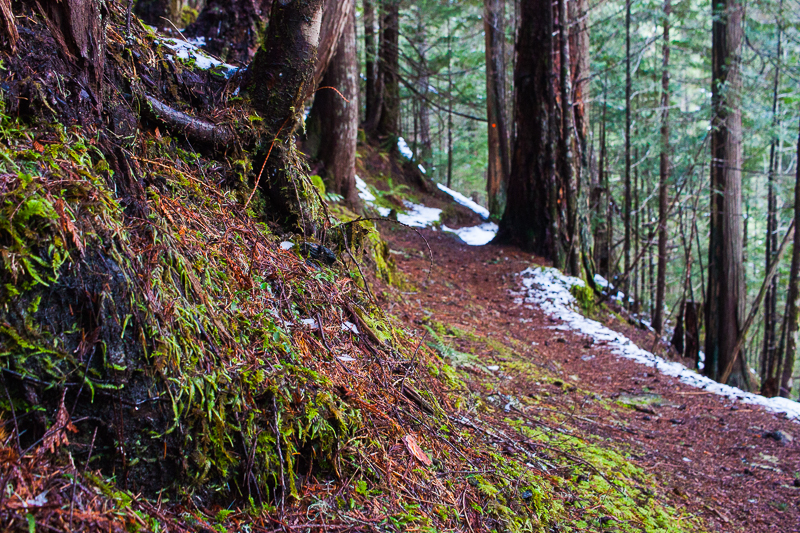 The little details along the trail that can be so interesting if you stop and have a look.

Even though I had originally planned to get out for a short ski tour, I still managed to get outside. There are so many obstacles getting in the way of a good day outside these days but if we put our minds to it, there’s always new places to explore, and a way to get out there.

For more stories about trips, see the Trip Reports page. 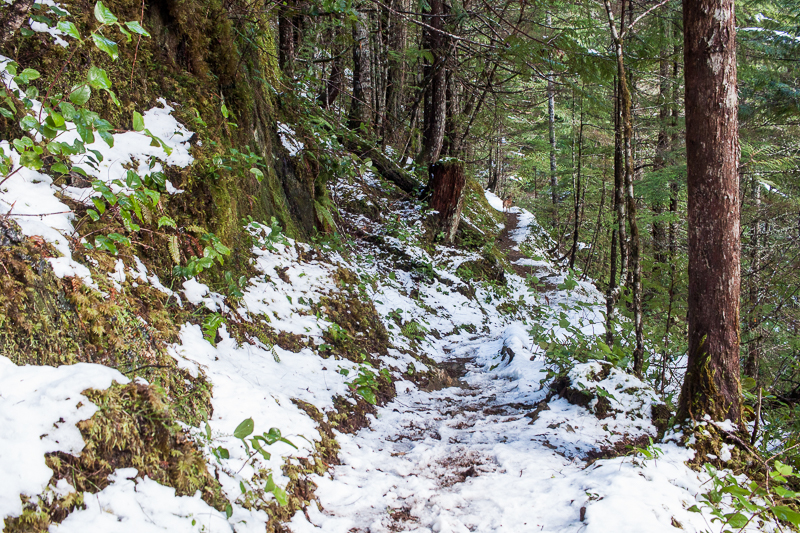